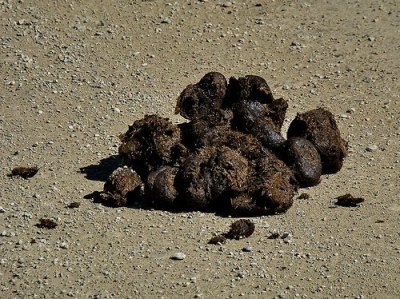 Nothing to see here. Step around.

In the last few days there has been a lot of blog and Twitter chatter about President Obama issuing new Executive Orders instituting new “gun safety rules,” or as it is known in the Real World, gun control.

I have some strong feelings about this issue, and I’ve tweeted about them, but 140 characters doesn’t do it justice, so here goes.

The whole idea of legislating new gun control by Executive Order is a steaming pile of BS. Don’t be distracted. Just walk around it.

The whole issue is a smokescreen to distract attention from the ongoing Fast and Furious / Project Gunrunner scandal, which is probably going to take down the Attorney General, if not others in the administration.

Why do I think this is meaningless? Consider:

First, as far as I can find, there was only one story reporting this prospect. A Google search I did failed to find any other stories corroborating this report. All the other stories quoted the original story. (And all the gun forum posts quoting this one story didn’t help the search any.) The only deviation was a story in March suggesting this was in the works, but again, no follow up other than quotes of this one story.

Second, as I said about the Fast and Furious investigation, the current Congress is sufficiently pro-Second Amendment that any attempt by the Administration to circumvent not only US law but the Constitution itself would be met and fought.

Third, Executive Orders do not have the force of law, in the absence of other legislation directing the President to take action. Executive Orders are almost always used to carry out things that are already written into law, but are in the form of a direction to the President and the Executive branch to carry out. They are also used to organize the Executive branch by establishing working groups and positions that don’t need Congressional approval.

An Executive Order that created a new regulation out of thin air*, would certainly by unconstitutional and would be fought almost immediately, both by the Congress, and by organizations like the Second Amendment Foundation and the NRA. In addition, trying to change the terms of an existing law would be unconstitutional, and would be blocked.

One example that’s been given of the latter is that a “paper trail” would be kept of NICS background checks done from firearms purchases. The problem is, the NICS law as written specifically states that records of the NICS check will only be kept for 90 days, then destroyed. So, any attempt to change this by Executive Order would be fought as aggressively as it was in 2009 when attempts were made to change the law to allow longer retention.

So personally, I would ignore it. Molon labe.

Here’s the kicker though.

Obama knows all this. He is just trying to distract us and make us commit limited resources to a fruitless fight against nothing. Then he and his gun control cronies can point to us reactionary, trigger happy, gun nut zealots, and make some headlines in the Washington Post about us all being right wing nut cases. And then the whole thing will disappear overnight, like Congressman Weiner.

I, for one, refuse to listen any more. I am concentrating my attention on the many more real threats to our rights. There are certainly enough.

* Yes, an Executive Order was used to establish the Japanese Internment Camps during World War II, which was not previously authorized by law, and which was almost certainly unconstitutional. However, even a casual study of history shows that the climate in the nation at that time prevented anyone from seriously disputing FDR’s authority to do so, and the Congress at the time lacked the courage to question it as well. Fortunately, that condition does not exist today.