At dinner last night my wife and son and I had a serious talk about the recent shooting incident in Lake County, Florida, and how we would handle anyone coming to the door after dark.

This was a good refresher for my son, who is 15. I remember being 15, and my attention span then was even worse than it is now. But he agreed that he wouldn’t open the door for anyone he didn’t know. He also agreed that he would call 911 if there were police at the door. He’s heard enough about home invasions, I guess.

We talked about the scenarios and how to deal with them. I guess I should not be surprised but we were all in agreement.

My favorite reply from my son was when we discussed what to do if the 911 dispatcher told him they had no record of police coming to our house.

“I’ll just tell them to go ahead and send some real police, and after they deal with these losers, I’ll be in the back bedroom. Behind the bed. With a friend from Austria.” 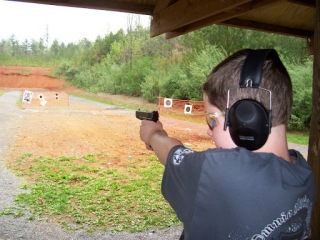