I have to admit, I do not post on this blog as much I used to, and certainly nowhere near as much as I would like. Sometimes I see things, though, and I don’t post them, because . . . well . . .  they seem too stoopid. 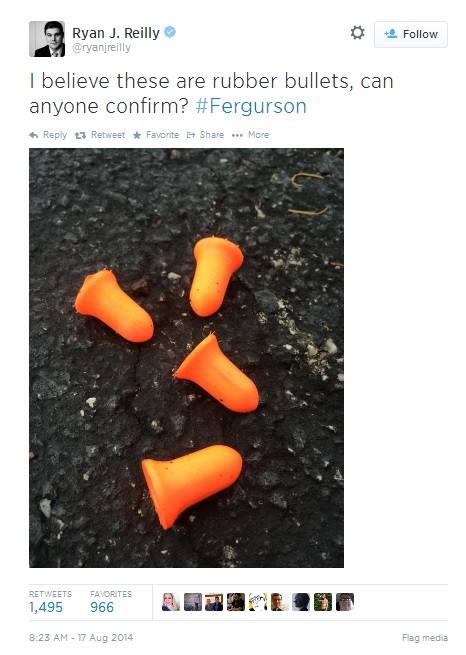 This tweet was from a Huffington Post “reporter,” writing from the recent unpleasantness in Ferguson, MO. As anyone who reads this blog knows, those are tapered foam earplugs, not rubber bullets.

I saw it re-tweeted by someone not an hour after it was sent. Honestly, I thought it was a joke. But the fact that everyone but me has blogged about it since, has shown this was really what he thought.